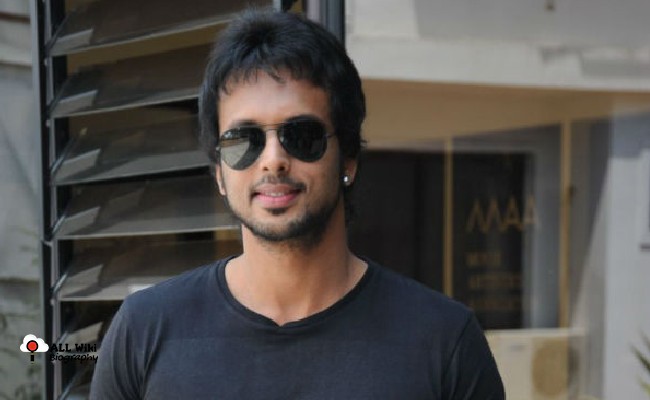 Aadarsh Balakrishna is an Indian Film Actor, who mainly works in the Telugu Film industry. On February 10, 1984, he was born to Balakrishna and his wife Uma in Bangalore, Karnataka, India. He has a younger sister Apoorva and she is an Architect.

Up to this 3rd grade, he studied at Sophia High School, Bangalore and later, his family moved to Hyderabad, Telangana, India. He then did his schooling at Bharatiya Vidya Bhavan Public School, Hyd and St. Andrews School, Secunderabad.

In 2010, He made his debut in Kannada Film Industry with the ‘Nooru Janmaku’ movie. He acted in more than 32 films in Telugu, Hindi and Kannada languages. In 2017, He also participated in the reality show Bigg Boss Telugu Season 1 and ended as Runner-Up.