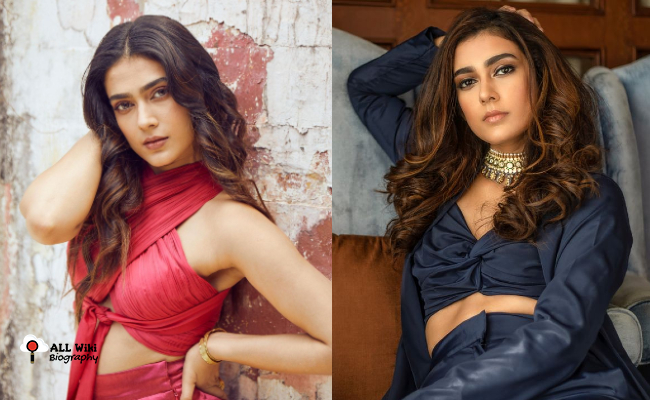 Aakanksha Singh is a South Indian Film and Television Actress, who mainly works in Hindi, Telugu, and Tamil languages. She was born on Saturday 30th June 1990 in Jaipur, Rajasthan, India.

In 2012, Aakanksha started her acting career in the Hindi Television Industry with the ‘Na Bole Tum Na Maine Kuch Kaha‘ serial. She next appeared in a couple of serials like Gulmohar Grand and Aye Zindagi.

Aakanksha then made her debut in Kannada Film Industry with the ‘Pailwaan‘ movie. Later, she acted in Telugu and Tamil Bilingual movie ‘Clap‘.

She next acted in a few movies like Veerapandiyapuram (Tamil), Runway 34, and Meet Cute (Telugu). In between, She also acted in a few web series like Parampara, Escaype Live and Rangbaaz.