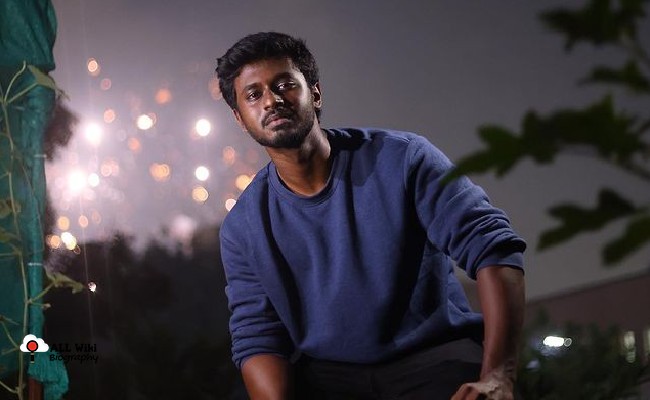 Adithya Bhaskar is an Indian Film Actor, who mainly works in the Tamil Film industry. He was born on Saturday, 1 May 1999, in Chennai, Tamil Nadu, India.

Adithya is the son of famous Tamil actor M. S. Bhaskar and his wife Sheela. He has a sister named Ishwarya Bhaskar, who is a dubbing artist in Kollywood. He did his Bachelors in Science (B. Sc) from SRM University in Chennai.

In 2018, he started his acting career in the Tamil Film Industry with the ’96’ movie, in which he played the role of young Vijay Sethupathi. He also won the Best debut actor award at the prestigious Vikatan Awards 2019.

He next acted in the ‘Paava Kadhaigal’ an anthology movie, which premiered on Netflix.