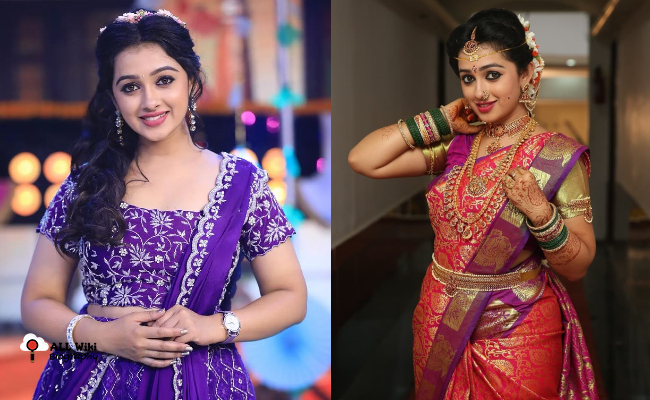 Aishwarya Pisse is an Indian Film and Television Actress, who mainly works in the Kannada, Telugu, and Tamil Languages. She was born on Friday, 16th February 1990 in Bangalore, Karnataka, India.

Aishwarya did her schooling at Sree Vasavi Vidya Peetha, Bangalore, and then, finished her Bachelor of Business Management degree at Maharani’s Arts Commerce and Management College for Women, Bangalore.

In 2014, Aishwarya started her acting career in Kannada Television Industry with the ‘Anuroopa‘ serial on Star Suvarna. Aishwarya then acted in a couple of serials like Punar Vivaha, and Girija Kalyana.

In 2015, Aishwarya made her debut in Kannada Film Industry with the ‘Muthu Mavutha‘ movie. She then acted in a couple of movies like Santhu Straight Forward, and Srikanta.

In 2020, She acted in the ‘Kasthuri‘ serial on star maa. Currently, She was acting in the ‘Sundari’ (Kannada) serial on Udaya Tv and the ‘Mukkupudaka‘ (Telugu) serial on Zee Telugu.