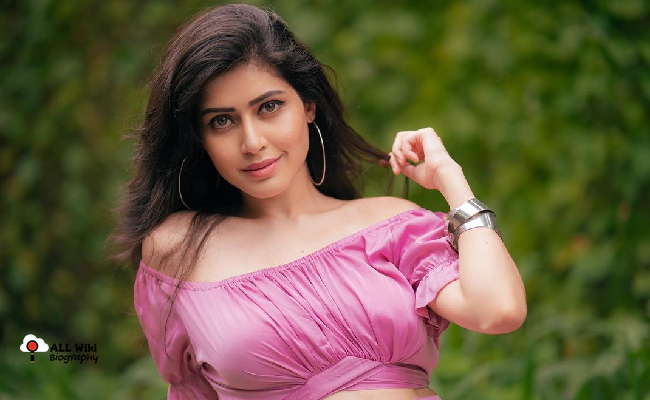 Aishwarya Raj Bhakuni is an Indian Film Actress, who mainly works in the Hindi, Kannada, and Telugu languages. She was born on Monday 4th September 1995 in Bhopal, Madhya Pradesh, India.

Aishwarya was born in Bhopal, Madhya Pradesh, and bought up in Raipur, Chhattisgarh. After completing her school in Raipur, she did her B. Tech in Electronics & Telecommunication from SRM Institute of Science and Technology in Chennai. Aishwarya is also a trained Kathak Dancer.

In 2019, Aishwarya Raj started her acting career in Hindi Television Industry with the ‘Tenali Rama’ serial. She then acted in a couple of movies like Gupta Brothers, and Pyaar Tune Kya Kiya.

In 2022, Aishwarya Raj made her debut in Telugu Film Industry with the ‘Director’ movie. She then acted in a few movies like Samrat Prithviraj, Sasanasabha, etc.