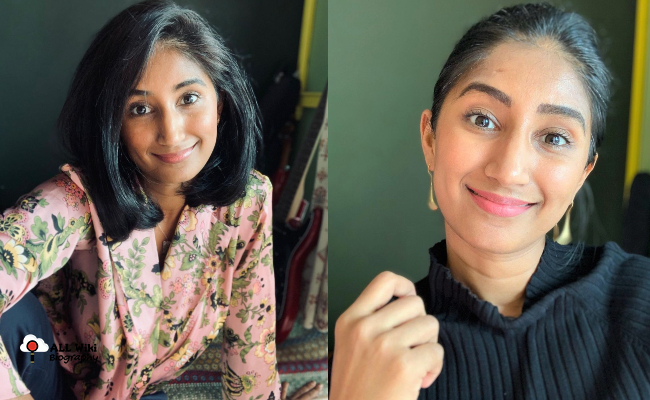 Aiyyo Shraddha is an Indian actress, Comedian, RJ and Television Host, who mainly works in Kannada Film Industry. She was born on Thursday, 25th October 1990 in Mangalore, Karnataka, India.

After her studies, She worked in a IT firm for sometime. Later, in 2008, She quit IT job and started her career as a Radio Jockey in a Fever 104 FM and worked for morethan nine years.

She become famous as RJ Shraddha and also hosted Kannada Dance reality show ‘Dancing Star‘ along with Akul Balaji. In 2017, She started her acting career with the Amazon Prime’s ‘Pushpavalli‘ web series. She next acted in the web series ‘Kyaabre‘.

Along with those, she earned huge popularity on Instagram with sketch comedy videos. She posts videos in 5 Languages including Tulu, Kannada, Hindi, Marathi and English.