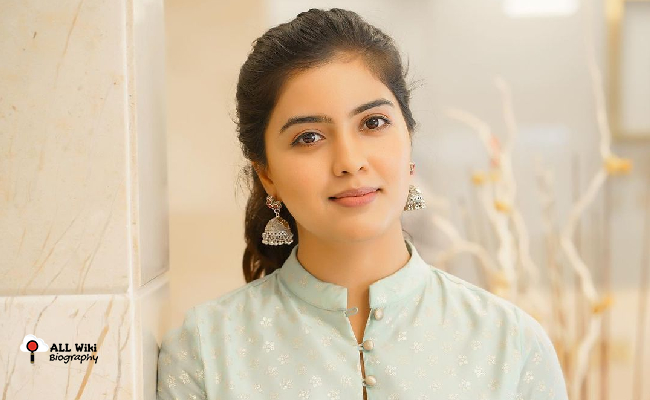 Amritha Aiyer is a South Indian Film Actress, who mainly works in Tamil and Telugu Languages. She was born on Saturday 14th May 1995 in Bangalore, Karnataka, India.

During her college days, Amritha started her career in modeling. Amritha then acted in uncredited roles in a few movies like Padmavyooham, Tenaliraman, Lingaa, Yatchan, Pokkiri Raja, and Theri.

In 2018, Amritha made her debut as a lead actor in the Tamil Film Industry with the ‘Padaiveeran‘ movie. She then acted in a couple of movies like Kaali and Bigil.

In 2021, Amritha made her debut in Telugu Film Industry with the ‘Red’ movie. She then acted in various movies like 30 Rojullo Preminchadam Ela (Tel), Vanakkam Da Mappilei (Tam), Lift (Tam), Arjuna Phalguna (Tel), and Coffee With Kadhal (Tam).