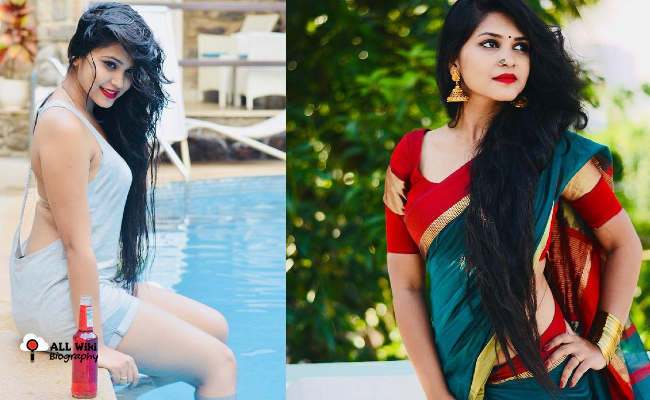 Amulya Omkar Gowda is an Indian Television Actress, who mainly works in the Kannada, and Telugu Languages. She was born on Friday, 8th January 1993 in Mysuru, Karnataka, India.

In 2014, Amulya started her acting career in Kannada Television Industry with the ‘Swathi Muthu‘ serial on Star Suvarna. Amulya next participated in the Reality show ‘Yaariguntu Yaarigilla‘. Amulya then acted in a small role in the ‘Punar Vivaha‘ serial.

In 2018, Amulya acted in the ‘Aramane‘ serial, in which she played the role of Hitha. She gained fame and much-needed recognition with this serial. Later that year, Amulya then bagged to lead role in the ‘Kamali‘ serial, where she played the lead role of Kamali and Ambi.

In 2022, Amulya made her debut in Telugu Television Industry with the ‘Karthika Deepam‘ serial on Star Maa, in which she played the role of Sourya Karthik aka Jwala. In 2022, Amulya participated in the famous reality show ‘Bigg Boss Kannada Season 9’.