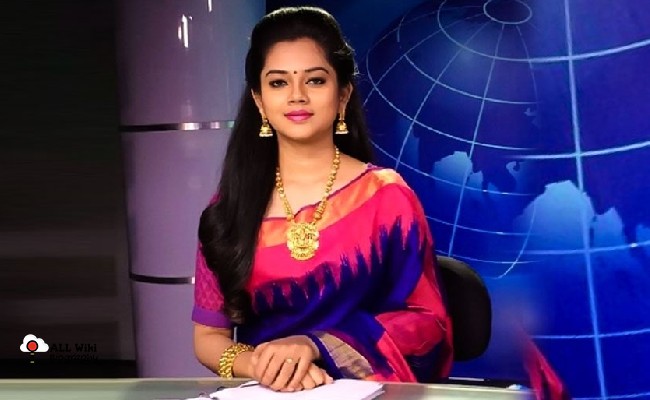 Anitha Sampath is an Indian Film Actress, Anchor, and Model, who mainly works in the Tamil Industry. She was born on Monday, June 5, 1995, in Hyderabad, Telangana, India.

She did her schooling at Velankanni Matric Higher Secondary School, Chennai, and later, finished her graduation from Anna University, Chennai.

In 2016, Anithastarted her career as an Anchor with the ‘6 PM News’ show on Sun TV. She then hosted a talk show called ‘Vanakkam Tamizha’. Anitha then joined News 7 Tamil as a news presenter.

On August 25, 2019, She got married to Prabha Garan (Graphic Designer and Artist). In the same year, She started her own youtube channel, Anithasampath Vlogs.

In 2020, Anitha participated in the popular reality show Bigg Boss Tamil season 4 and was eliminated in the 13th week.