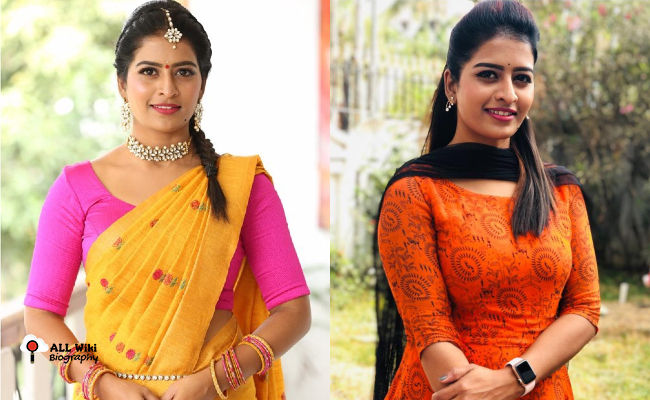 Anshu Reddy is a Telugu Serial Actress, who mainly works in the Telugu language. She was born and Bought up in Cheriyal, Siddipet, Telangana, India.

Anshu’s sister Amulya Reddy is also an actress. After her schooling, Anshu’s family moved to Hyderabad. She then did her diploma at Durgabhai Deshmukh College of Women in Hyderabad.

During her college days, She went to the Star Mahila show as an audience. She then received a call from the ETV channel and went to auditions and got selected for the Bharyamani serial.

She then made her debut in the Tamil Television Industry with the ‘Raja Rani’ serial where she playing the role of Divay. Anshu then acted in the ‘Gopurangal Saivathillai’ serial.