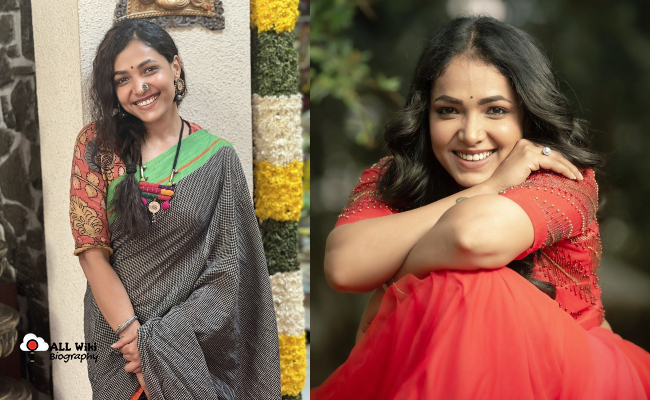 Anupama Gowda is a Film and Television Actress & Anchor, who mainly works in the Kannada language. She was born on Wednesday, 20th March 1991 in Bangalore, Karnataka, India.

Anupama did her schooling at Sheeba English High School in Kamakshipalya, Bangalore. Later, Anupama did a fashion designing course at the Indian Institute of Fashion Technology, Bangalore.

In 2015, Anupama acted in the ‘Nagaari’ movie as one of the leads. She next acted in a couple of serials like Chi Sou Savithri and Akka.

In 2017, Anupama participated in the famous reality show ‘Bigg Boss Kannada Season 5’ and was evicted on 98. Anupama then turned into a Host and hosted a few shows like Majaa Bharatha, Raja Rani, and Nannamma Super Star.

In between, She also acted in a few movies like Aa Karaala Ratri, Thrayambakam, and Benkiyalli Aralida Hoovu. In 2022, Anupama participated in the famous reality show ‘Bigg Boss Kannada Season 9’.