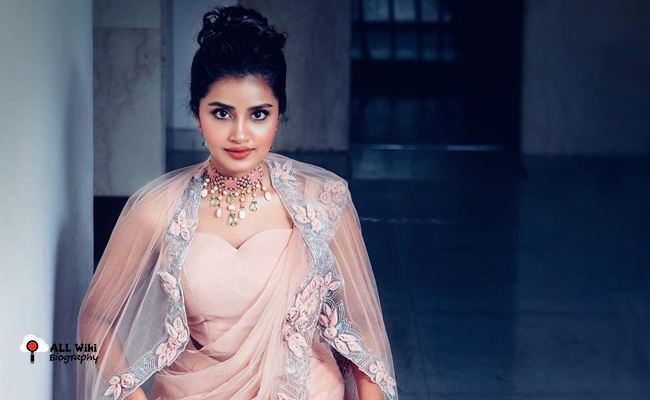 Anupama Parameswaran is an Indian film actress, who mainly works in Telugu and Malayalam Language Movies. She was born on Sunday, 18 February 1996 to Parameswaran and his wife Sunitha. She is the elder of two siblings and has a younger Brother named Akshay Parameswaran.

In 2015, with the Superhit film, ‘Premam’, Anupama started her acting career. Later, she did a cameo in another Malayalam movie ‘James & Alice’.

In 2016, Anupama made her debut in Telugu Film Industry with Trivikram’s A Aa, She played the lead role along with Nithiin and Samantha in this movie. With this, she got a handful of Telugu projects including the Telugu remake of Premam. She then acted alongside Sharwanand in the Blockbuster movie “Shatamanam Bhavati“.

With the ‘Kodi‘ Movie, Anupama made her debut in Tamil cinema, in which she had the lead role opposite Dhanush in 2017. Later on, She also acted alongside Dulquer Salmaan in ‘Jomonte Suvisheshangal‘ in Malayalam.

Later, Anupama acted in several hit films like ‘Vunnadhi Okate Zindagi‘, ‘Krishnarjuna Yudham‘, ‘Tej I Love You‘, and ‘Hello Guru Prema Kosame‘. In 2019, with Puneeth Rajkumar’s Natasaarvabhowma, she made her debut in Kannada cinema.

In the same year, She also acted in ‘Rakshasudu’, the official remake of the 2018 Tamil film Ratsasan, in which she had the lead role opposite Bellamkonda Sai Sreenivas.

She also acted in the movie ‘Maniyarayile Ashokan’ in the year 2020 alongside Jacob Gregory. Due to Covid 19, the movie skipped theatrical release and directly released on Netflix.