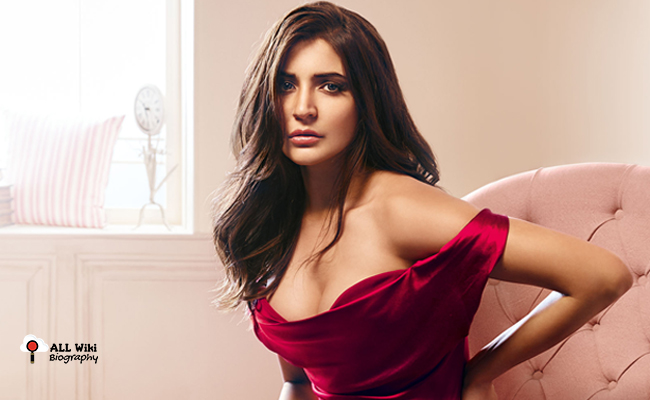 Anushka Sharma is an Indian film actress, she was born to Colonel Ajay Kumar Sharma and his wife Ashima Sharma on Sunday, 1st May 1988 in Ayodhya, Uttar Pradesh, India. She has an elder brother Karnesh Sharma.

After studies, Anushka moved to mumbai to start her career in modeling. She then joined at the Elite Model Management and Style consultant.

In 2007, she made her runway debut at the Lakme Fashion Week for designer Wendell Rodricks’s Les Vamps Show and was picked to be his finale model at the Spring Summer 2007 Collection.

Subsequently, she has done campaigns for the brand’s Silk & Shine, Whisper, Nathella Jewelry, and Fiat Palio. In the meantime, Anushka also joined an acting school and began auditioning for film roles.

In 2014, She was pursing her master degree in Economics through correspondence. In 2017, She married indian cricketer Virat Kohil in a grand manner in Italy. As of now(August 2020), they are expecting their first child.