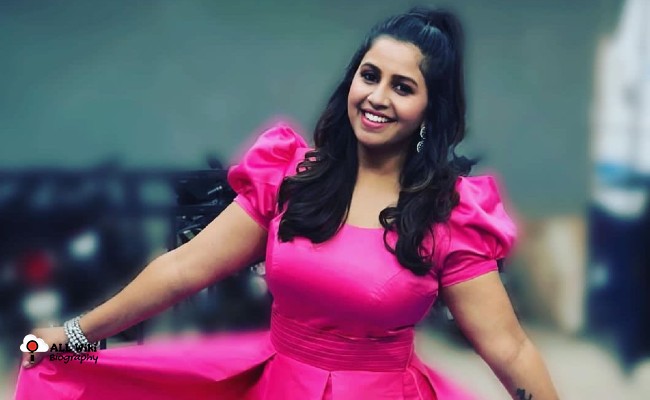 Anushree is an Indian television anchor and actress, who mainly works in Kannada Industry. She was born on Monday, 25th January 1988 in Mangalore, Karnataka, India to Sampath and his wife Shashikala.

She has a younger brother, named Abhijeeth. Her parents separated when she was young, along with her brother was brought up by her mother. She did her schooling at St. Thomas Bangalore and Narayana Guru School, Mangalore.

In 2005, after finishing her pre-university course at Bangalore University, she started her career as a host in “Namma TV” in Mangalore. She then moved to Bangalore, as she got offers to host television Shows.

In 2011, Anu started her career in Film Industry and acted in a few films like Bhumitayi, Belli Kirana, and Tubelight. She also won the “Best Dubbing Artist Award” From Karnataka State for the “Murali Meets Meera” Movie in the same year.

For the first time, Anushree played the lead actress role in the “Benkipatna” movie and won “Best Debut Actress” at NAK Media Achievement Award in 2015. Later, acted in a few films like Ring Master (2015), and Uppu Huli Khara (2017).