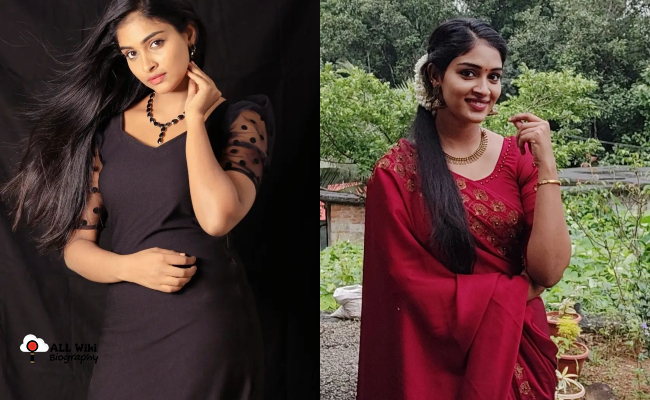 Arthika is an Indian Film & Serial Actress, who works in Malayalam and Tamil languages. She was born and bought up in Kerala, India.

After her studies, She was working in a private company and never thought of becoming an actress. One day, a team of directors saw Arthika and approached her for a role.

She then made her debut in Malayalam Film Industry and acted in a couple of films. In 2021, She started her acting with a short film ‘Madhavi’ in the Malayalam language.

In 2022, She made her debut in Tamil Film Industry with the Black ‘n’ White movie. She then made her Television career with the ‘Karthigai Deepam’ serial on Zee Tamil.