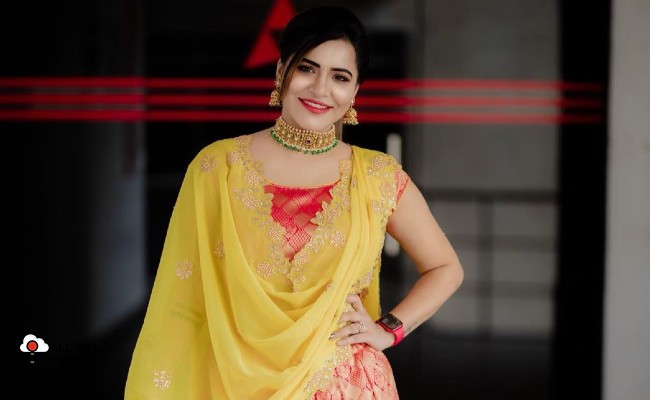 Ashu Reddy is an Indian Film Actress, Model, Achor, and Social Media Star, who mainly works in the Telugu industry. she was born on Friday, 15 September 1995 in Dallas, Texas, USA.

She did her schooling at Gilmer High School, Texas and Later, she moved to India. Ashu then completed her graduation from Acharya Nagarjuna University, Guntur.

Ashu started her career through her social media accounts by posting dub mash videos. With those videos, she got fame and became popular as Dubmash Queen.

She is also known as Jr Samantha because of her looks and appearance. She is a diehard fan of Tollywood superstar and founder of Janasena Party Pawan Kalyan and has a tattoo on her body by his name as well.

In 2018, Ashu made her acting debut in Telugu Film Industry with the “Chal Mohan Ranga” movie. Ashu next got a chance to enter Bigg Boss House as a contestant.

In 2020, She started her own youtube channel and gained more than 119k subscribers in a short time. Ashu started her career as an Anchor with the ‘Happy Days’ show ETV Plus channel in 2021.

In 2022, She participated in the first season of the Bigg Boss Telugu digital series, Bigg Boss Non-Stop, which is being hosted by Akkineni Nagarjuna.