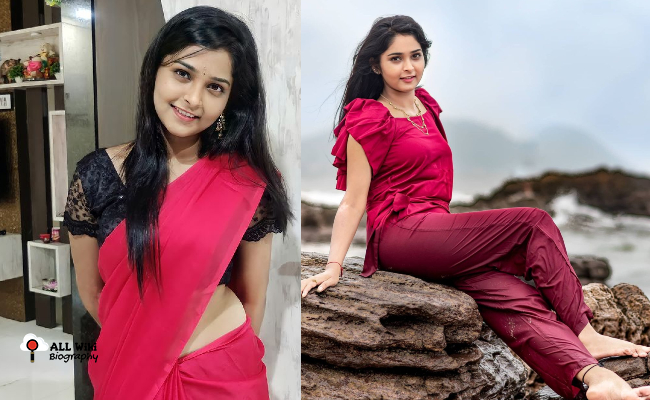 Bhavana Lasya is an Indian Television Actress, who mainly works in the Telugu Television Industry. She was born on Sunday, 15th September 2002 in Visakhapatnam, Andhra Pradesh, India.

Bhavana’s father is a railway employee and her mother is a housewife. She has a younger brother. Currently, She was studying final year BBA in Vizag.

During covid lockdown, she started doing reels on Instagram. In 2021, Bhavana acted in the ‘Nee Vaalu Vaalu Choope’ cover song. After seeing her photos on instagram, Malli serial makers offered Bhavana to act in their serial.

In 2022, Bhavana started her acting career in Telugu Television Industry with the ‘Malli‘ serial. In which, she played the main lead role Malli and She gained huge fame and much-needed recognition in Telugu television fraternity.