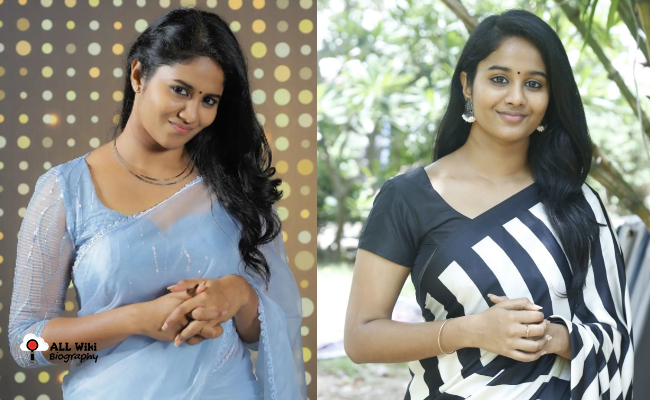 Brigida Saga is an Indian Film Actress, who mainly works in the Tamil Television industry. She was born on Friday, 7th July 2000 in Chennai, Tamil Nadu, India.

After her schooling, Brigida did her B. Sc in Visual Communication at Loyola College, Chennai. In 2019, Brigida started her acting career with a web series “Aaha Kalyanam”. Brigida gained huge applause from the audience for her amazing performance as Pavi Teacher.

Brigida then acted in a few short films like Avalodu Avan, Kan Pesum Vaarthaigal, and Thol Kadu. Later that year, Brigida made her acting debut in Tamil Film Industry with the “Ayogya” movie. She then acted in a few movies like Varma, Master, Velan, and Iravin Nizhal.

Brigida is next to make her debut in Telugu Film Industry with the ‘Sindhooram‘ movie, which is being directed by Shyam Tummalapalli.