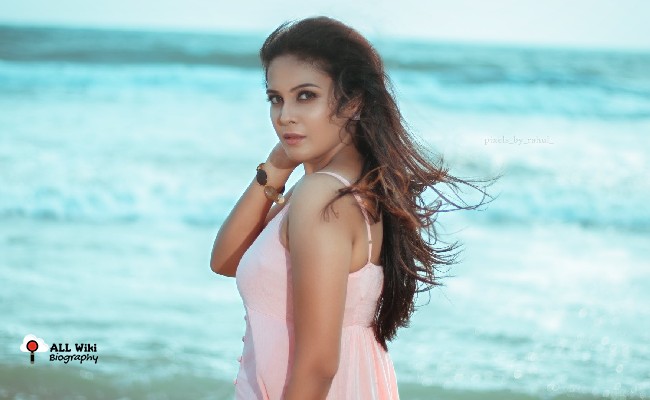 Chandini Tamilarasan aka Chandini Nanda is an Indian Actress, who mainly works in the Tamil Film Industry. She was born on Wednesday, August 12, 1992, in Nungambakkam, Chennai, Tamil Nadu, India.

In 2013, she made her debut in Telugu Film Industry with the ‘Kaalicharan’ movie. She next appeared in a couple of movies like ‘Lovers’, ‘Kiraak’, and ‘Chitram Bhalare Vichiram’. She acted in more than 23 films in Tamil and Telugu Languages.

In 2019, She made her debut in Tamil Television Industry with the ‘Thaazhampoo’ serial and she next acted in the ‘Bharathi Kannamma’ serial. Currently, she was acting in Zee Tamil’s ‘Rettai Roja’ serial.