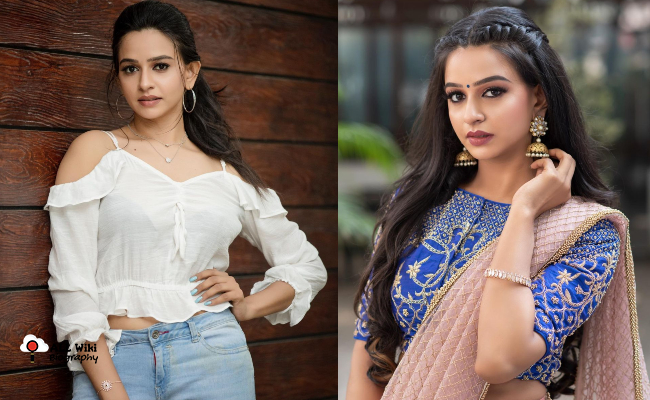 Divya Ganesh is a Tamil Film and Serial Actress, who works in Tamil languages. She was born on Monday, 12th September 1994 in Ramanathapuram, Tamil Nadu, India.

In 2017, She started her acting debut in Tamil Television Industry with the ‘Keladi Kanmani’ serial on Sun TV. She then acted in a couple of serials like Vinnaithaandi Varuvaayaa (Vijay Tv), and Lakshmi Vandhuchu (Zee Tamil).

Divya then made her debut in Telugu Television Industry with the ‘Bhagyarekha’ serial on Gemini TV. She next acted in various serials like Sumangali (Sun Tv), Bhagya Lakshmi (Vijay Tv), and Chellamma (Vijay Tv).

In 2022, She made her debut in the Tamil Film Industry with the ‘Adangathey’ movie and following acted in the ‘Kannadi’ movie.