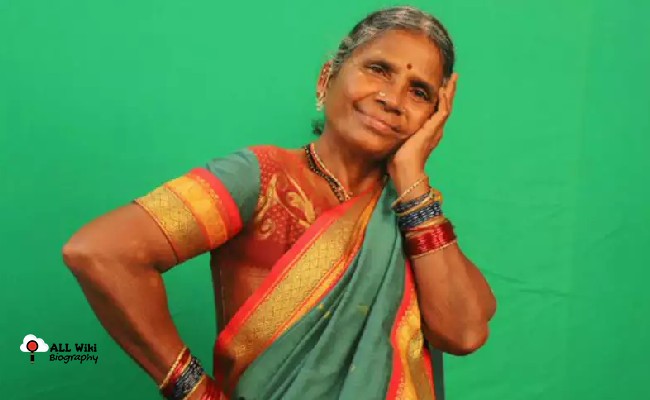 Gangavva is an Indian actor and Youtuber, who mainly works in the Telugu industry. She was born and bought up in Lambadipalli Village, Jagitial, Telangana, India.

Gangavva got dropped from school during her first grade. She then got married at the age of five and was blessed with four children, three daughters and one son. She used to work in agriculture fields.

In 2016, she was approached by son in law Srikanth Sriram to act in his Youtube channel, My Village Show and she started full time acting in 2017.

In 2019, She started her career in Telugu Film Industry with the ‘Mallesham’ movie. She then appeared in various movies like iSmart Shankar, SR Kalyanamandapam, Raja Raja Chora, and Love Story.

In 2020, She participated in the famous reality show ‘Bigg Boss Telugu 4’ and walked out of the show due to health problems. She also won Women Achiever Award from Tamilsai Soundararajan, Governer of Telangana on the occasion of International Women’s Day.