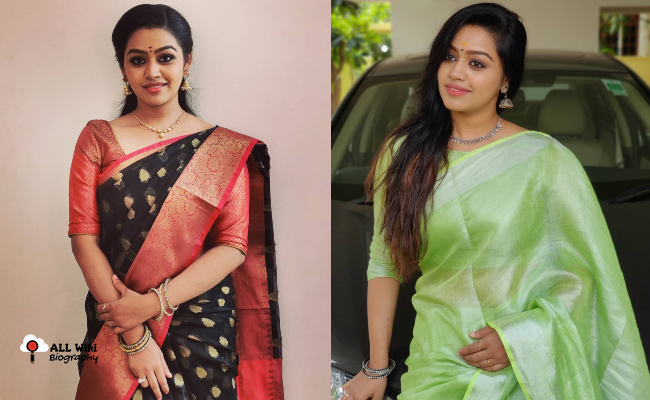 Gayathri Yuvraj is an Indian Serial Actress & Model, who works in Tamil Television Industry. She was born on Tuesday, 15th November 1988 in Chennai, Tamil Nadu, India.

In 2011, She married Yuvraj (Actor and Choreographer) in Chennai and They were blessed with a son Tharun. In 2016, She started her career in Television Industry with the dance reality show ‘Mr and Mrs Khiladis’ along with her husband Yuvraj and won the Title.

She next participated in the Jodi Number One along with her husband Yuvraj but due to Gayathri’s medical reasons, they walked out of the show. She made her acting debut in Tamil Television Industry with the ‘Thendral ‘ serial, where she played the role of Nila.