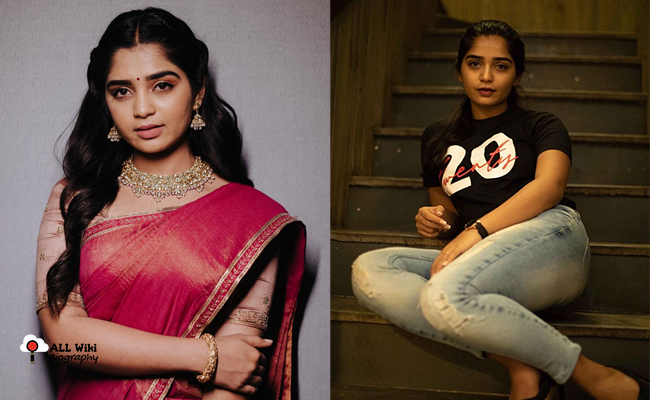 Gouri G. Kishan is an Indian film actress, she mainly appears in Tamil and Malayalam films. She was born on Tuesday, 17 August 1999 to Geetha Kishan and his wife Veena Kishan. She is the elder of two siblings and has a younger brother named Govind G Kishan.

Gouri did her schooling at The Hindu Senior Secondary School, Chennai, and did her graduate degree in literature, journalism, and psychology at Christ University.

By playing the younger version of Trisha‘s character, Jaanu, in the superhit film ’96’ (2018), Gouri G. Kishan came into the limelight.

In 2019, She made her debut in the Malayalam industry with the ‘Margamkali’ movie, under Sreejith Vijayan’s direction. Actually, Gouri was set to make her debut in the film Anugraheethan Antony opposite Sunny Wayne, but due to known reasons production of the film was delayed.

Gouri made her Telugu debut with the Telugu remake of her debut (96), ‘Jaanu’ movie in 2020. Later, Gouri played the role of ‘Savita’ in Thalapathy Vijay‘s Master.