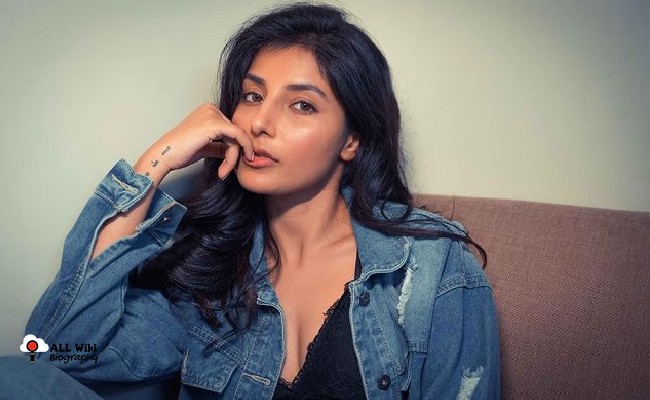 Harshita Shekhar Gaur is an Indian Actress and Dancer, who mainly works in Bollywood. She was born on Monday, 12 October 1992 in Delhi, India. Since her childhood, she was interested in dance & trained Kathak dancer and also performed in various stage shows across India.

After her schooling, She finished her Bachelor of Technology (B. Tech) in Electronics and Communications from the Amity University in Noida, Uttar Pradesh. During her last days of college days, she started her career in modelling. She has done in many commercials like Dabur Vatika hair oil, Garnier light cream, Sunsilk and Renault Kwid.

In the meantime, she got an offer to act in a Television series, Sadda Haq, Where she played the role of Sanyukta Aggarwal(2013-16). This series marks her debut in Hindi Television Industry and she managed to act while finishing her engineering.

She next acted in various Short films and Web series like Black Coffee (Beyond Originals), Aman (Short film), Mirzapur (Amazon Prime), Sacred Games 2 (Netflix), and Puncch Beat (AltBalaji). Apart from those, she also appeared in a couple of music videos like Rehne Do Zara (Times Music) and Yeh Dil (Rochak Kohil).

In 2019, She made her debut in the Telugu Film Industry with the ‘Falaknuma Das’ movie. She next acted in the Hotstar special film, ‘Kanpuriye’.