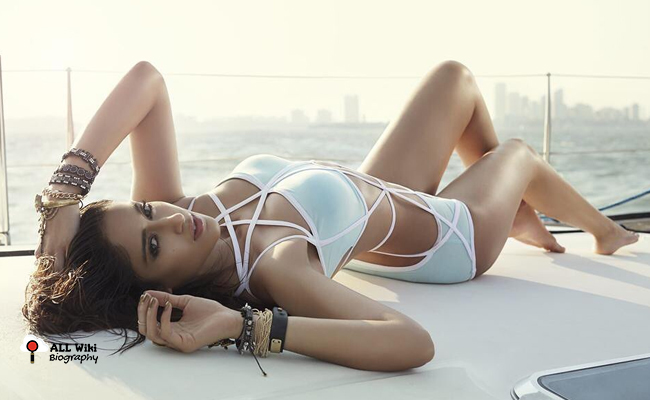 Ileana D’Cruz is an Indian film actress and model, was born to Ronaldo D’Cruz and his wife Samira D’Cruz on Sunday, 1st November 1987 in Mahim, Mumbai, India. Her father Ronaldo is a mechanical draftsman and her mother Samira is a designer.

She has three siblings, two sisters and a brother, an elder sister Farrah D’Cruz and a younger sister named Eileen D’Cruz. Her brother’s name is Rhys D’Cruz. She did her schooling at St.Xaviers Higher Secondary School, Mapusa, Goa, and graduated from the University of Mumbai, Mumbai.

In 2003, at the age of 16, she started her career in modeling, and her first portfolio was created in January 2003, which was created by Marc Robinson was a disaster. After that, She did several TV advertisements like Fair & Lovely, Emami Talc, Electrolux, etc.

In 2005, she joined the Aruna Bhikshu Acting School in Hyderabad, Telangana to nourish her acting skills. During this period, she was called for an audition by director Teja, but the project was canceled.

In 2006, Ileana made her acting debut as a leading actress in the Telugu blockbuster hit film ‘Devadasu’ opposite Ram Pothineni, in which she played the role of Bhanumathi. She received the Filmfare Award for Best Female Debutant. – South.

In the same year, Ileana next appeared in Superstar Mahesh Babu‘s Industry Hit movie “Pokiri”, in which she played the lead role of ‘Shruti’. The film is the highest-grossing Telugu film at the time, which has been directed by Puri Jagannadh.