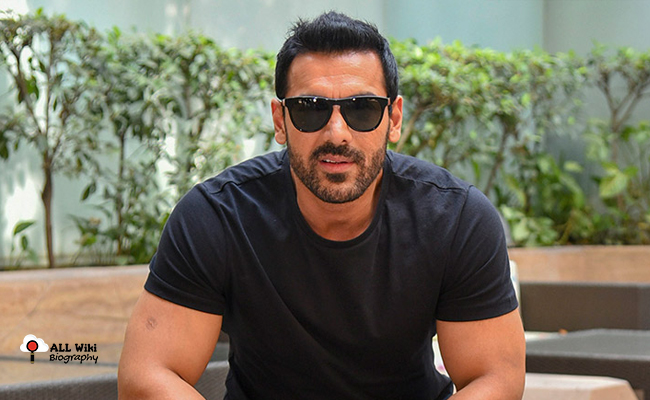 John Abraham aka Farhan Irani is an Indian film actor, who mainly works in Hindi Film Industry. Farhan was born on Sunday, December 17, 1972, in Mumbai, Maharashtra, India to Abraham John and his wife Firoza Irani.

Farhan has a Younger brother named Alan Abraham. He did his schooling at Bombay Scottish School, Mumbai and He then Joined Jai Hind College, University of Mumbai, for higher education. Later, He completed MBA from SVKM’s NMIMS, Mumbai.

Abraham started his career as a Model and appeared in Punjabi singer Jazzy B’s “Surma”, a music video of the song. He then worked in a media firm and Time & Space Media Entertainment Promotions Ltd. Later, he joined in Enterprises-Nexus as a media planner.

He then appeared in few other music videos for singers including Pankaj Udhas, Hans Raj Hans, and Babul Supriyo. In 1999, John won the Gladrags Manhunt Contest and went to the Philippines for Manhunt International, where he ended up as Runner up. He later modeled in Hong Kong, London, and New York City, and also appeared in a number of commercial ads.