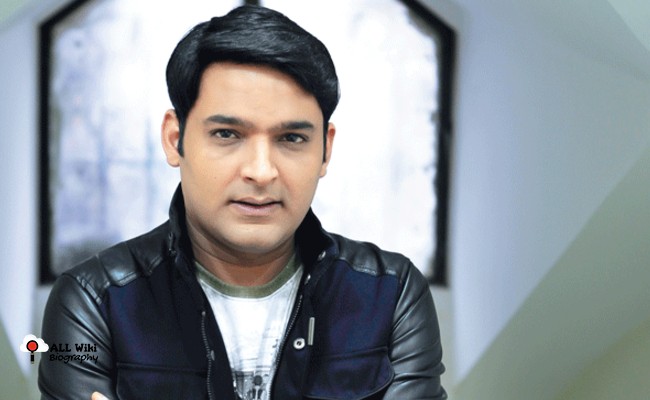 Kapil Sharma is an Indian Television Presenter and actor who mainly works in Bollywood Industry. He was born on Thursday, April 2, 1981, to Jeetendra Kumar Punj and his wife Janak Rani in Amritsar, Punjab, India.

Sharma did his schooling at Shri Ram Ashram Sen. School, Amritsar, and later completed his graduation from Apeejay College of Fine arts, Jalandhar.

Since his childhood, He struggled a lot in his life to help his family financially. He used to work in a PCO and also worked in a cloth mill for a few months. After that, he started doing theatre and also did some small shows and later started participating in comedy shows and earned huge success.

During this time, he participated in the comedy reality show The Great Indian Laughter Challenge and won the show. Sharma received the prize money of Rs 10 lakh which he spent on the wedding of his sister.

In 2008, he hosted the comedy TV show, Chhote Miyan. He also hosted Season 6 of a dance reality show, Jhalak Dikhhla Jaa along with Manish Paul in 2013.

In 2010, Sharma made his debut as an actor with the “Bhavnao Ko Samjho” movie, in which he played the role of Thakur’s son. He then started his own production company, ‘K9 Productions’.

In 2013, he started hosting his own comedy show ‘Comedy Nights with Kapil’ under his production house, which was aired on Colors TV. It became the highest-rated scripted television show in India. In 2015, Kapil made his debut as the lead actor in the film ‘Kis Kisko Pyaar Karoon’.