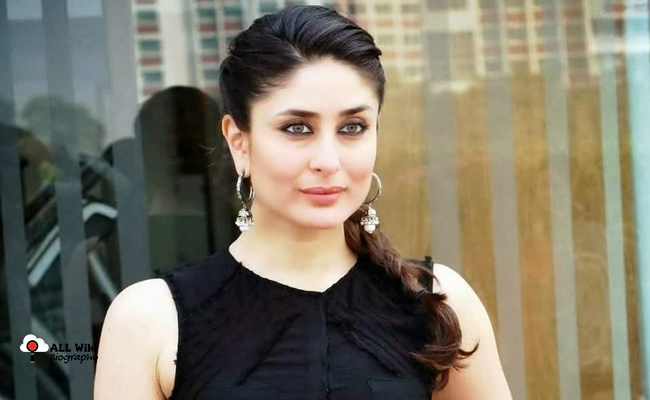 Kareena Kapoor is a popular Indian film actress, who mainly works in Hindi Cinema. She was born on Sunday, September 21, 1980, in Hong Kong to Randhir Kapoor and his wife Babita.

She has an elder sister named Karisma Kapoor, who is also an actress. Kareena did her schooling at Jamnabai Narsee School in Mumbai and Welham Girls’ School in Dehradun. Later, she joined Mithibai College, studied commerce for two years.

Without completing her degree she dropout and joined Harvard Summer School in the United States for a three-month summer course in microcomputers. She then joined Government Law College, Mumbai, as she interested in Law, but after the first year, she left the college to start her career in acting.

She then started training in Kishore Namit Kapoor’s acting institute in Mumbai. In 2000, Kareena made her acting debut in Abhishek Bachchan’s war drama Refugee, under J. P. Dutta direction. With her performance, she earned the Filmfare Award for Best Female Debut.

In the following year, 2001, she acted in five films, starting with “Mujhe Kucch Kehna Hai” movie, the second movie, Yaadein, and “Ajnabee”, “Aśoka”, and “Kabhi Khushi Kabhie Gham” are the third, fourth and fifth movies respectively.