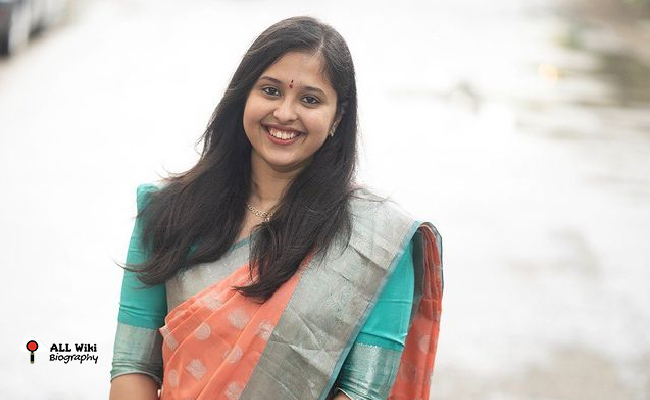 Kaumudi Nemani is an Indian Film Actress, Singer, and Anchor, who mainly works in the Telugu Film Industry. She was born on Friday, 10 March 1995, in Hyderabad, Telangana, India.

After her schooling, She did her Mass Communications degree from Villa Marie College in Hyderabad. After finishing her graduation, She joined R.K. Teleshow PVT Limited for a few months.

Since childhood, she was interested in music and learned music from Ramachary Komanduri. She also worked as a chorus singer for a few movies like Onamalu, Devudu Chesina Manushulu, Vennela Vennela, etc.

In 2016, She started her career as an Anchor with Actor Srikanth and his son Roshan interview on the Idream Youtube channel. From then, she gained huge fame and much-needed recognition. She also worked for Silly Monks Tollywood Youtube channel and Helo App.

In 2017, She turned into an actor and made her debut in Telugu Film Industry with the ‘Rarandoi Veduka Chudham’ movie. She then acted in various movies like Bharat Ane Nenu, Vunnadi Okkate Zindagi, Nela Ticket, Touch Chesi Chudu, Pantham, Guna 369 and Sarileru Neekevvaru, etc.