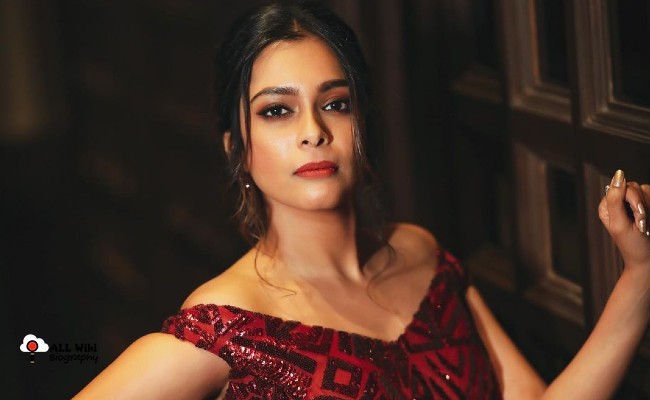 Keerthi Shanthanu (Kiki Vijay) is an Indian Actress, Video Jockey, and Television Presenter, who mainly works in Tamil Industry. She was born on Wednesday, February 11, 1987, to RK Vijaykumar and his wife Jayanthi Vijay in Chennai, Tamilnadu, India.

She was born in a family of choreographers, her Mother Jayanthi is a well-known choreographer in the Tamil film industry along with her sisters, Kala Master, and Brindha Master. Following her family, she also started her own Dance Studio named Kiki Dance Studio at T Nagar, Chennai.

In 2012, Keerthi started her career as an Anchor with the “Maanada Mayilada” in the Tamil Television Industry, in which her Aunt Kala Master was the judge of the show on Kalaignar TV. Currently, Kiki Vijay hosting the Namma Ooru Coloru reality show and Dance Vs Dance dance reality show in Colors Tamil.

In 2015, she also appeared in a music video song “Glassmates Lipstick”. In 2017, Keerthi made her debut in Tamil Film Industry, with a special appearance in the “Mupparimanam’ movie.