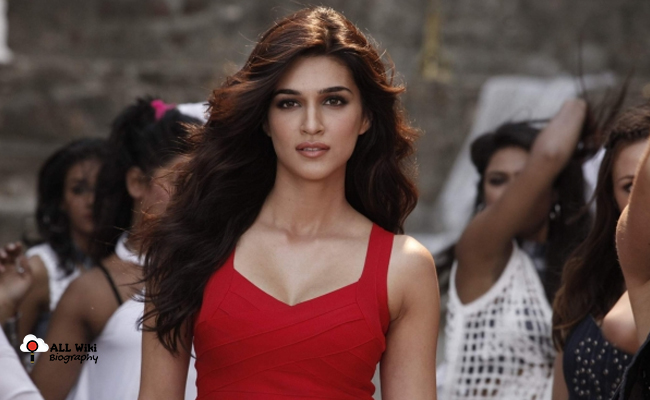 Kriti Sanon is an Indian film actress, who mainly works in Hindi Cinema. She was born on Friday, July 27, 1990, in New Delhi to Rahul Sanon and his wife Geeta Sanon.

Kriti has a younger sister named Nupur Sanon. She did her schooling at Delhi Public School, RK Puram, and later joined in Jaypee Institute of Information Technology, Noida to pursue a B. Tech in Electronics and Telecommunication.

In 2014, Kriti made her acting debut in Telugu cinema with Mahesh Babu‘s “1 Nenokkadine”, in which she played the role of Sameera, a journalist. The film is a failure at the box office but she impressed everyone with her pretty looks and subtle acting.

In the same year, Kriti made her acting debut in Bollywood by playing the lead role in Tiger Shroff‘s “Heropanti” movie.