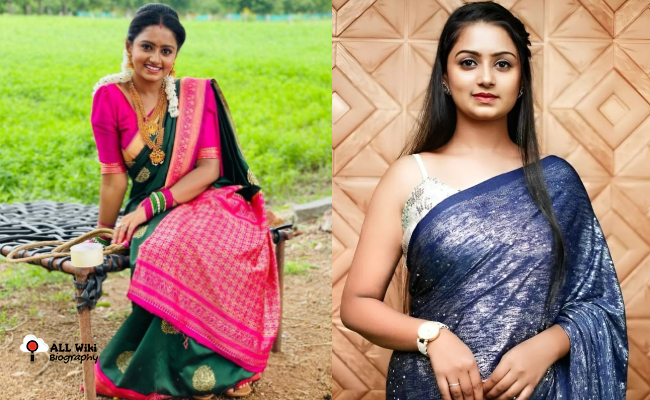 Likitha Murthy is a south Indian Serial Actress, who mainly works in the Telugu language. She was born on Friday, 5th January 1996 in Bangalore, Karnataka, India.

Likitha’s sister Kalpitha is also an actress. Likitha did her schooling at Mahila Mandali Vidya Samsthe, Bangalore, and then did her B. Com degree at BMS College for Women, Bangalore.

Initially, Likitha was interested to become IAS (As per her father’s wish) or an Air Hostess. As her sister, Kalpitha was in the acting field, she got some opportunities but she rejected them.

One day, with her sister Kalpitha’s encouragement she attend auditions for the Bangaru Panjaram serial and got selected for the lead role of Mahalakshmi.

In 2019, Likitha started her acting career in Telugu Television Industry with the ‘Bangaru Panjaram’ serial. She then acted in a couple of serials like Rakhi Poornima, and Rajeshwari Villas Coffee Club.