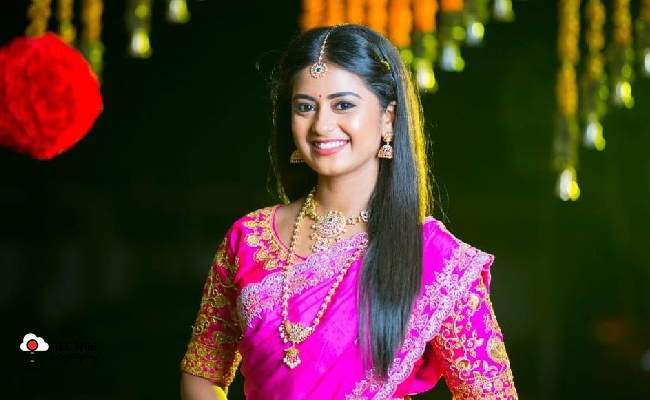 Maahi Gouthami is a south Indian Television Actress, who mainly works in the Telugu language. She was born on Tuesday, 21st November 1995 in Hyderabad, Telangana, India.

Gouthami did her schooling at Holly Marry Convent School, Hyderabad and did her intermediate at Narayana Junior College, and then did her B. Tech at BR Engineering College in Hyderabad.

After her studies, Gouthami started as an Anchor on the ‘Vanthia TV’ channel. She then acted in a few short films like Date Night, etc.

In 2020, Gouthami started her acting career in Telugu Television Industry with the ‘Neevalle Neevalle‘ serial. She then acted in a couple of serials like Agniparikshe, Rangula Ratnam, and Chiranjeevi Lakshmi Sowbhagyavathi.