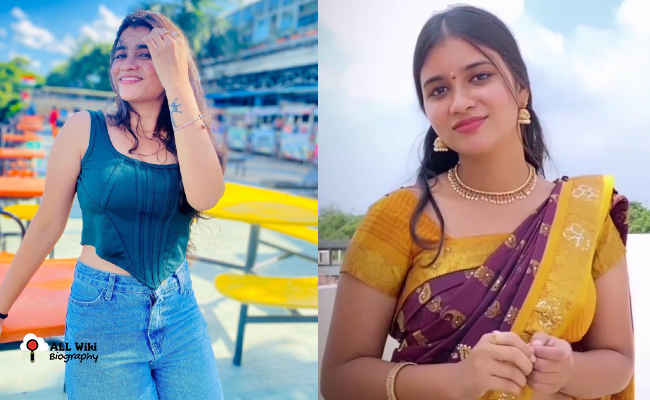 Madhu Naidu is a popular Social Media Influencer, Actress, and Youtuber. She was born and bought up in Rajamahendravaram, East Godavari, Andhra Pradesh, India.

Madhu started her career by making videos on Tiktok. She became one of the most popular TikTokers in India. She has millions of followers on his TikTok account. As ‘Tik Tok’ was banned in India, Madhu started doing reels on Instagram.

Madhu gained more than 400k followers on Instagram, but unfortunately, her account was disabled, Currently, She has 163K followers.

Along with those, Madhu also acted in a few cover songs like Naa Kosam, Ningilona Paalapuntha, etc. In 2021, Madhu started her acting career with a web series ‘Bebamma’.