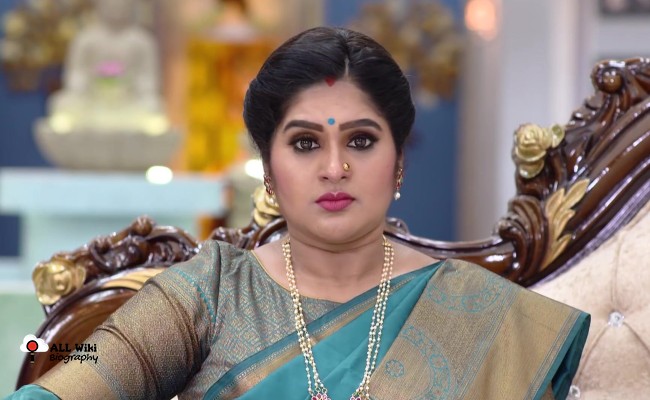 Mamilla Shailaja Priya is an Indian Actress, who mainly works in the Telugu industry. She was born on Saturday, May 20, 1978, to Sri Mamilla Venkateswar Rao and his wife Kusuma Kumari in Bapatla, Andhra Pradesh, India.

Priya did her schooling and higher education in Hyderabad. Later, she completed her graduation with a Bachelor of Arts.

In 1998, She made her acting debut with Megastar Chiranjeevi’s Master movie. In the same year, she also made her debut on Television with the “Priyasakhi” serial on Gemini TV. With this serial, she got huge fame and name, she also won the prestigious Nandi Award for this serial.

In 2002, Priya married MVS Kishore and the couple blessed with a baby boy in 2003, named Nischay.

In 2021, Priya participated in the ‘Bigg Boss Telugu Season 5’ and was eliminated in the 7th week.