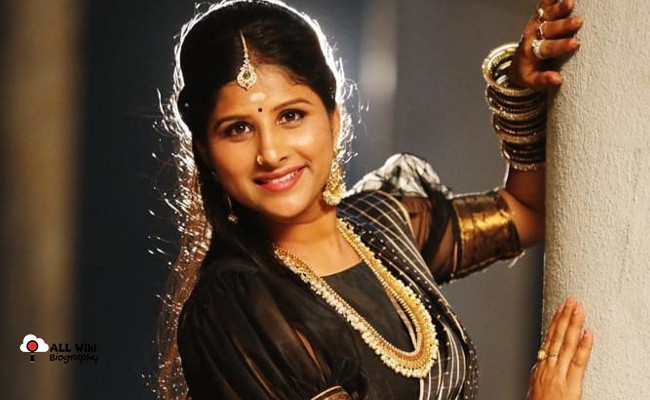 Mangli aka Satyavathi Rathod is a famous singer, anchor and actress in the Indian Film Industry. She was born on Friday, June 10, 1994, in Gooty, Anantapur district, Andhra Pradesh, India.

Mangli did her schooling at Bharatiya Vidya Bhavan and Later completed her diploma in Carnatic Music from SV University. She then interested in media and moved to Hyderabad & Bengaluru to begin a career as an anchor.

In 2013, she started her television career by participating in a Dasara festival special show called “Dhoom Dham” on V6 Channel. Mangli gained huge popularity after her appearance in this show.

She then worked in a web channel called “MIC TV” as an anchor and folk song singer. She interviews celebrities in a show called “Mangli Muchata”. Satyavathi sings songs on Telangana festivals like Bathukamma, Bonalu, and Telangana Formation Day.