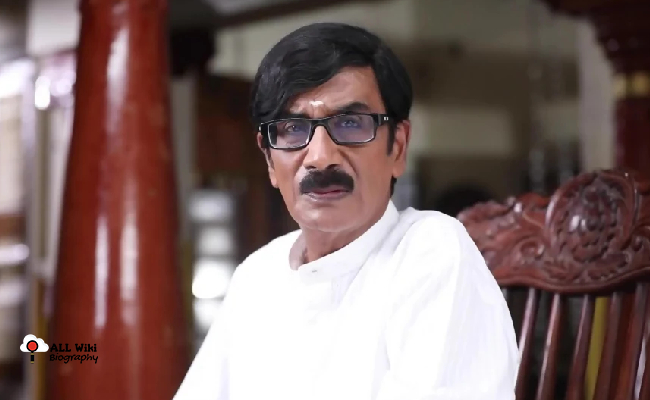 Manobala is an Indian Film Actor, Comedian, Director and Producer, who mainly works in the Tamil Film industry. He was born on Tuesday, 8 December 1953 in Marungoor, Tamil Nadu, India.

In 1979, Manobala started his acting career in the Tamil Film Industry with the ‘Puthiya Vaarpugal’ movie. Since then, he acted in more than 330 films in Tamil, Telugu, and Malayalam languages.

In 1982, He turned as a director with the ‘Agaya Gangai’ movie. He then directed 23 films in Tamil, Hindi and Malayalam Languages.