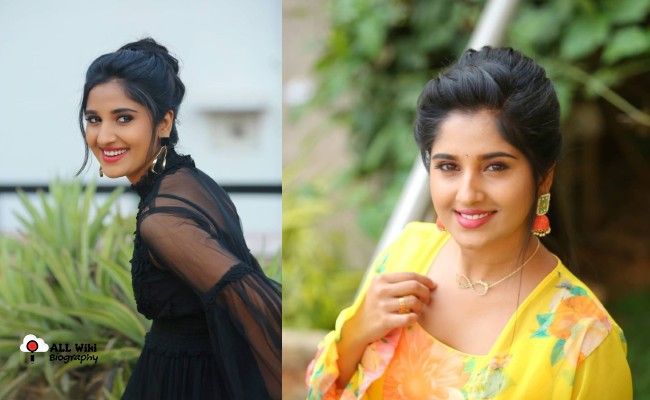 Meghana Lokesh is an Indian Television Actress, who mainly works in the Telugu Television industry. she was born on Tuesday, August 16, 1994, to Lokesh and his wife Jayashree.

She was born and brought up in Mysore, Karnataka, India. She has an elder brother, named Nitin. At the age of 8, she started her career in theater at Kannada Famous actor Mandya Ramesh’s Institute and She performed nearly 250+ shows.

In 2011, Meghana started her career in Television by playing a supporting role in the “Devi” serial in Zee Kannada. In the following Year, Meghana’s first lead role “Pavitra Bandhana” Serial in ETV Kannada, where she played the role of Pavitra. Later, She acted in “Purushottama” Serial, which aired on Zee Kannada.

In 2013, Meghana made her debut in Telugu television with the “Sasirekha Parinayam” serial, which aired on Star Maa from 2013 to 2016.

In 2017, Meghana made her acting debut in the Telugu film industry with “Idhi Ma Prema Katha”, opposite Anchor Ravi. She then started a new serial “Kalyana Vaibhogam” in Zee Telugu, where she played the dual role of Manga and Nithya.