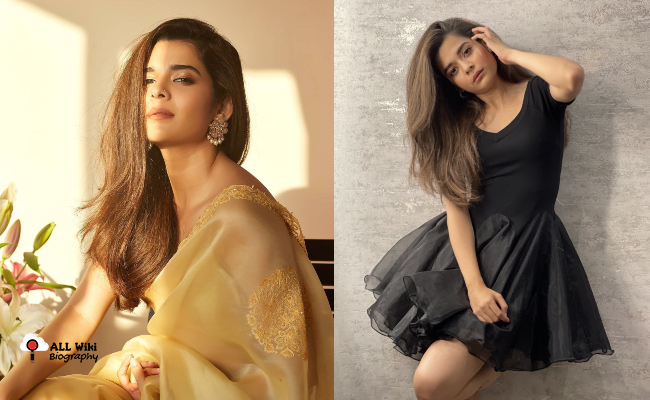 Mithila Palkar is an Indian film actress, and Model, who mainly works in the Hindi, Marathi, and Telugu Languages. She was born on Monday, 11th January 1993 in Mumbai, Maharashtra, India.

After her studies, Mithila did an acting crash course at the Stella Adler Studio of Acting in Los Angeles. In 2014, Mithila started her acting career with a short film ‘Majha Honeymoon’.

In 2015. Mithila made his debut in Hindi Film Industry with the Katti Batti movie. She then acted in various movies like Muramba (Marathi Debut), Karwaan (Hindi), Chopsticks (Hindi), and Tribhanga (Hindi).

In 2022, Mithila made her debut in Telugu Film Industry with the ‘Ori Devuda’ movie. In between, She acted in a few web series like Girl In the City, Little Things, Official Chukyagiri, Pretty Fit, and Masaba Masaba.