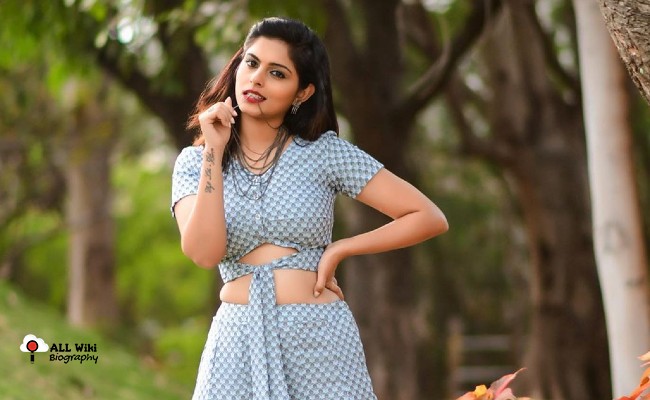 Mounika Reddy is an Indian Film Actress and Youtuber, who mainly works in the Telugu industry. She was born on Sunday, 10 April 1994, in Tenali, Guntur Dist, Andhra Pradesh, India.

She did her schooling at Sri Chaitanya School and then completed graduation from Vidyanikethan Institute, Tirupati, Andhra Pradesh, India. After education, She moved to Hyderabad and Joined the ‘HGS’ company as HR.

In 2018, Mounika made his acting debut with the “Ammai Cute Abbai Nattu” web series. With the superb success of the series, the ‘ETV Plus’ channel also telecasted this web series on Television.

In 2021, Mounika made her debut in Telugu Film Industry with the “Thank You Brother” Movie. In the same year, She also acted in Popular Web Series “Surya”, along with Shanmukh Jaswanth.