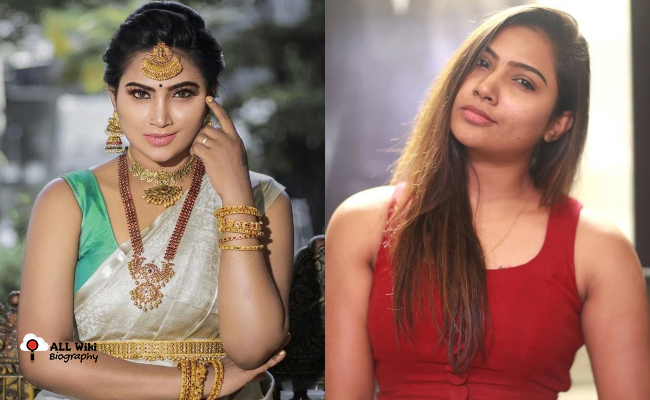 Myna Nandhini is a Film & Television Actress, who mainly works in the Tamil language. She was born on Sunday, 26th January 1992 in Chennai, Tamil Nadu, India.

Myna did her schooling at Meenakshi Matriculation Higher Secondary School in Madurai. Later, Myna did BBA at the Ambiga College Of Arts & Science, Madurai.

Initially, Myna married Karthikeyan (GYM master) due to depression Karthikeyan committed suicide in a lodge in Virugambakkam in 2017. In 2019, Myna got married to Yogeshwaran (Actor), and the couple was blessed with a son, Dhruvan.

In 2022, Myna participated in the famous reality show ‘Bigg Boss Tamil 6’, which is being hosted by Kamal Haasan.