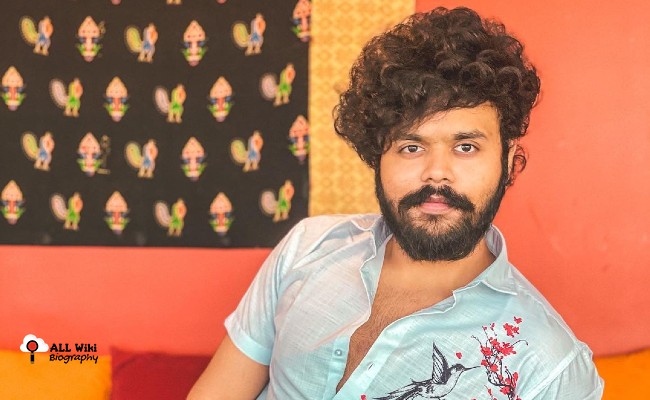 Nikhil Vijayendra Simha aka Nikhiluuu is a Digital Creator and Host from India. He was born on Wednesday, September 18, 1996, in Visakhapatnam, Andhra Pradesh, India.

His father is in the Real Estate business and his mother is an NGO worker and also owns a Restaurant, Dibbarotti restaurant in Khajaguda. He has two siblings, a brother, and a sister. Nikhil was born and bought up in Visakhapatnam.

He completed his B. Com (Hons) degree from GITAM University in 2018 and moved to Hyderabad. Immediately after completing his graduation, in April 2018, He then joined Tamada Media in August. From his college days, Nikhil used to host events in and around Vizag.

He then used to act in short films in the ‘Mahathalli’ channel like Dumb Charades with Mom and etc and also worked as Assitant director in Tamada Media for Jahnavi’s Mahathalli channel.

In 2019, Nikhil started his own youtube channel ‘Kaasko’ and gained more than 4 lakhs plus subscribers. He used to make videos with celebrities on various concepts like Challenge videos, Pranks Videos, and Celebrities Home tours.

In 2020, He started his own production house ‘Rayudu Chitralu’ along with his friend Bhanu and produced a web series. It features Nikhil (himself), Niharika Konidela, and Anasuya Bharadwaj as the main leads.