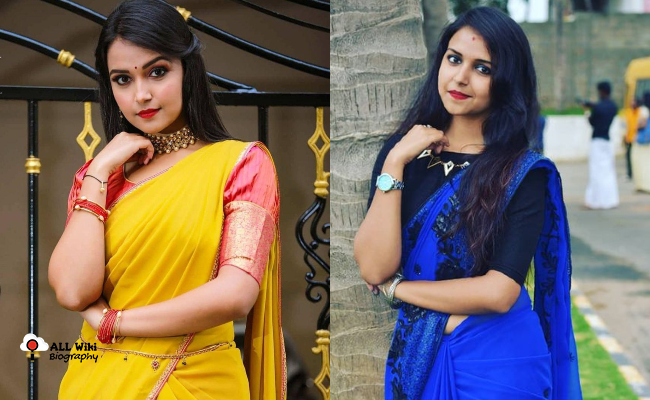 Nisha Ravikrishnan aka Nisha Milana is an Indian Film and Television Actress, who mainly works in the Kannada and Telugu languages. She was born on Friday, 9th June 2000 in Sakleshpur, Hassan, Karnataka, India.

Nisha did her schooling at Aditi Public School, Bangalore, and then, did her B. Com at SJB College of Management Studies, Bangalore.

In 2006, at the age of six, Nisha made her Television debut as an Anchor on Chintu Tv, the only dedicated channel for children in Kannada. In 2016, Nisha made her debut in the Kannada Film Industry as a dancer in the song ‘Nee Nanagoskara‘ from the ‘Ishtakamya‘ movie.

Nisha next Started her acting career in the Kannada television industry with the ‘Sarvamangala Mangalye‘ serial in 2018. Nisha then acted in a few serials like ‘Gattimela‘, ‘Muthyamantha Muddu‘ (Telugu Debut), and ‘Ammayigaru‘.

In 2022, Nisha is all set to make her debut in Kannada Film Industry with the ‘Andondittu Kaala‘ movie, which is being directed by Keerthi.