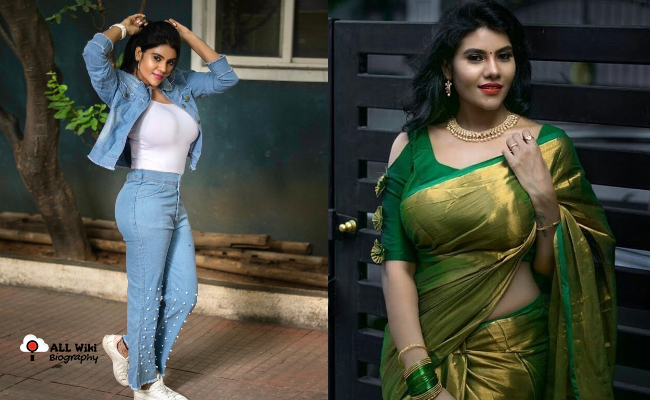 Nivisha K is a South Indian Television and Film Actress, who mainly works in Tamil Language. She was born and Bought up in Aranthangi, Tamil Nadu, India.

After her schooling, Nivisha did her B. Sc in Microbiology at SRM University in Chennai. In 2018, Nivisha started her acting career in Tamil Film Industry with the ‘Avalukkenna Alagiya Mugam‘ movie.

Nivisha made her debut in Tamil Television Industry with the ‘Deivamagal‘ serial. She then acted in various serials like Ponnunjal, Oviya, Ganga, Yaaradi Nee Mohini, Mullum Malarum, and Eeramana Rojave.