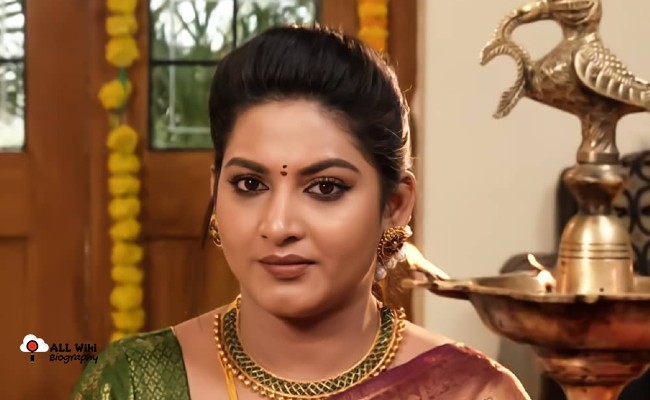 Pallavi Ramisetty is an Indian Television Actress, who mainly works in the Telugu Television industry. she was born on Monday, October 11, 1993, to Nageshwar Ramisetty and his wife Lalitha.

She was born in Vijayawada, Andhra Pradesh, India, but due to her Father’s Job, they moved to Bangalore. Later, Pallavi moved to Hyderabad for her higher education. Pallavi first appeared in Rangula Kala Premier Show.

In 2013, Pallavi started her career in Television by playing a supporting role in the “Bharyamani” serial in ETV Telugu. She also won the prestigious “Nandi Award” for the best actress in supporting role for the ‘Bharyamani’ serial.

She later acted in a few serials like Aadade Aadharam, Maate Mantramu, and Attarintiki Daredi. Currently, she is acting in a new serial, named “Paape ma Jeevana Jyothi”, which is going to be aired on Star Maa soon.

In March 2019, Pallavi Got Engaged with Dileep Kumar and marriage happened on May 23, 2019, in Hyderabad.