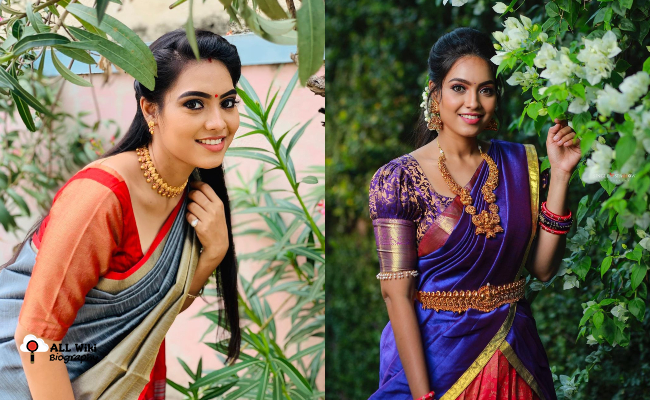 Pavithra Janani is a South Indian Television Actress, who mainly works in the Tamil Language. She was born on Friday 4th December 1992 in Chennai, Tamil Nadu, India.

After her schooling, Pavithra did her graduation from the University of Madras, Chennai. In 2014, She Started her acting career in the Tamil Television Industry with the ‘Office‘ serial on Vijay TV.

Initially, She played minor roles in serials like Saravanan Meenatchi Season 2 & 3, Pagal Nilavu, and Raja Rani. In 2018, for the first time, she played the lead role in the ‘Eeramana Rojave’ serial.

Currently, She was acting in the lead role in the ‘Thendral Vanthu Ennai Thodum’ serial, and this serial is also dubbed in Telugu as ‘Chirugali Veechene’.