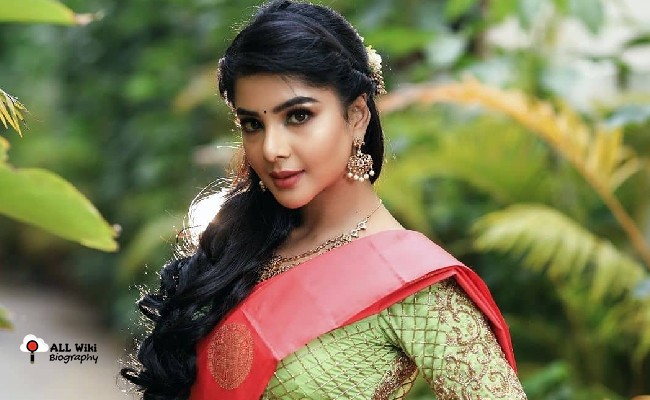 Pavithra Lakshmi is an Indian Film Actress, who mainly works in the Tamil Film Industry. She was born on Thursday, June 16, 1994, in Coimbatore, Tamil Nadu, India.

She did schooling at Alvernia Matriculation Higher Secondary School, Coimbatore and later, finished her graduation from Kumaraguru College of Technology, Coimbatore.

In 2010, Pavithra started her career as a dancer in Tamil Television Industry with the ‘Ungalil Yaar Adutha’ show. In 2015, She next participated in Maanada Mayilada Season 10 and ended at 3rd place. Later that year, she won the Miss Madras title.

In 2017, she next won the Queen of Madras 2017 and in the following year, she started her acting career with the ‘3 Scenes of love Story’ short film. In 2020, she participated in a famous cooking show ‘Cooku with Comali’ season 2 and ended as Finalist.