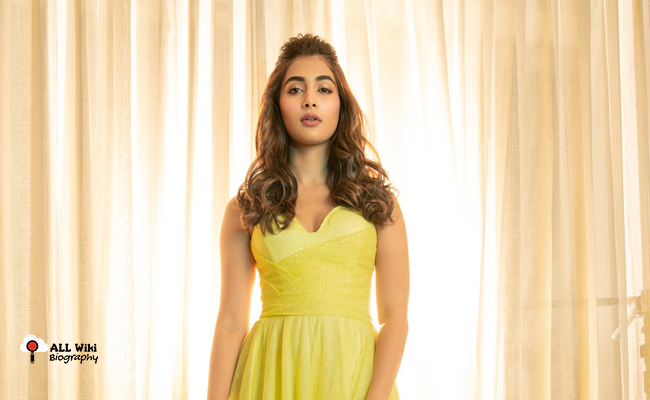 Pooja Hegde is an Indian film actress, who mainly works in Telugu, Tamil, and Hindi Languages. She was born on Saturday, 13 Oct 1990, to Manjunath Hegde and his wife Latha Hegde.

She has an elder brother, named Rishabh Hegde, who is an orthopedic surgeon. Since her college days, Pooja actively participated in intercollegiate competitions and dance & fashion shows.

In 2009, Pooja participated and won Miss India Talented 2009 honor. Then she also appeared in Miss India 2009 competition, but was eliminated in an early round.

In 2010, she was participated and ended as second runner-up in the Miss Universe India 2010 competition, and in the same year, she also being crowned as Miss India South Glamorous Hair 2010.

In 2012, Pooja made her acting debut in the Tamil film industry by playing the lead role in the “Mugamoodi” movie. Then she made her debut in Telugu cinema with “Oka Laila Kosam” (2014) and Later in the years, she acted in Varun Tej’s Debut movie “Mukunda”.