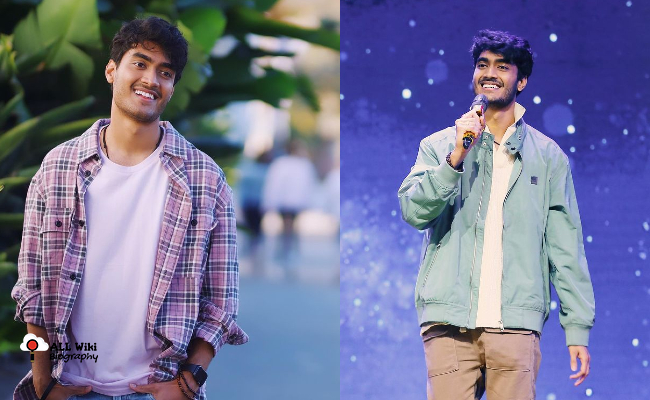 Pranav Kaushik (Sa Re Ga Ma Pa – The Singing Superstar) is an Indian playback singer. He was born in Hyderabad, Telangana, India, and bought up in Nesconset, New York, USA.

In 2004, when Pranav was at 4, his family moved to Nesconset, New York, USA. He did his schooling at Smithtown East High School, New York, and then, finished his graduation from Stony Brook University, New York.

Since his childhood, he was interested in music and singing. He took training for 4 years in Karnataka Music in New York. In 2018, He participated in the ‘Nata Idol 2018’ and ended as Runner Up.

In 2022, Pranav started his Television career with the singing reality show ‘Sa Re Ga Ma Pa – The Singing Superstar‘. Later this year, Pranav is all set to made his acting debut in Telugu Film Industry with the ‘Patang‘ movie, which is being produced by Xappie Studios.