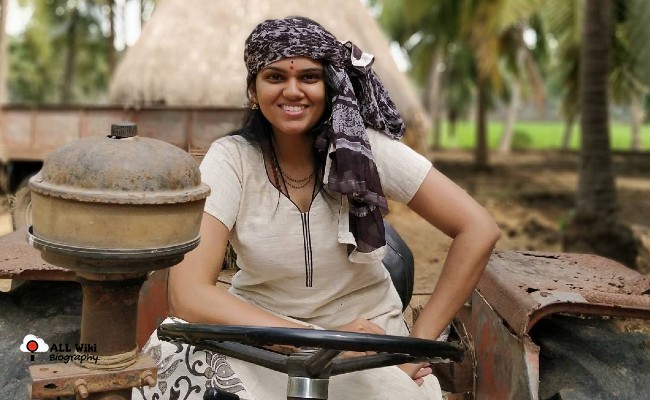 Pranavi Acharya T.K is a singer, anchor, and dubbing artist in the Indian Film Industry. She was born on Tuesday, 16 August 1988, to Vijaykumar T.K and his wife Anupama in Guntur, Andhra Pradesh, India.

Pranvani started her singing career as a playback singer in films, with the “Ee Vela Lo Neevu” song written by Sirivennela Sitaramasastri from “Gulabi” movie.

In 2006, with the “Shuddha Brahma” song from Sriramadasu, she got fame and recognition in the film industry. She has sung nearly 250 songs in many south Indian films in Telugu and Tamil.

In childhood, she also participated Singing competition program in Doordarshan. Pranavi also appeared in few seasons of Super Singer conducted by the Star Maa Tv channel, as singer and mentor.

Pravani won the prestigious Nandi award for the song “Sarigamapadani” from the film Snehageetham in the category of best female playback singer in 2010.

In 2016, She got married to Dance Master Raghu, a popular dance choreographer in South Film Industry. The couple blessed with a baby girl, named Sradha Narayani, in 2019.